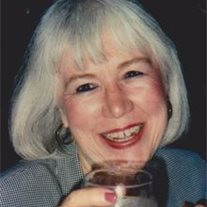 Mineral Point - Yvonne Joy Danhouser (Dischler) age 79, of Mineral Point passed peacefully on Wednesday, March 29, 2017. She was reunited with the love of her life David Carl Danhouser in heaven. Yvonne had a long struggle with Parkinson's and Dementia. Yvonne was born on August 16, 1937 the daughter of Bryda and Jack Dischler from Hyde, WI. She attended a one room schoolhouse named McCutchin through middle school nestled in the beautiful hills of Hyde. She attended Ridgeway High School where she graduated as a valedictorian of her class. She then went on to UW-Platteville for a 3 year teaching certificate. She was a member of the UW-Platteville marching band where she played the saxophone. In June of 1958 she was married to David C. Danhouser at the Barneveld Congregational United Church of Christ. She was a grade school teacher for many years before she had her own children. They had four children; Kim, twins Kitty and Kirk, and Shawn. She was an active member of the community serving Officers Wives Clubs, Garden Club, Cornish Society, and many churches she attended over the years. Yvonne"s passions were travel internationally, gardening, antiques shopping/collecting, cooking and her musical ability. She was always known for her witty sense of humor and smile. She lived life to the fullest, never giving up. She was positive and optimistic always smiling and joking around. She will forever be missed and in our hearts. She was preceded in death by her parents Jack and Bryda Dischler and her husband David Danhouser. Yvonne is survived by her sister Marlene Wendhausen of Dodgeville, Yvonne's children; Kim Horst of Mineral Point and her son Grant Horst, Kitty (Richard) Erdman of Menasha/Madison and children Gracie and Carley Erdman, Kirk (Barb) Danhouser of Deforest and children Kailyn Danhouser and Justin Bonner, Shawn (Lisa) Danhouser of Addison, IL and children Madeline, Braden, and Jake Danhouser; and many nieces, nephews, relatives and friends. Funeral Services will be held on Saturday, April 1, 2017 at 11:00 a.m. at the First United Methodist Church in Mineral Point. Pastor Gerhardt Miller will officiate. Burial will be in the Hyde Cemetery after a luncheon at the church. A visitation will be held on Friday, March 31, 2017 from 4:00 until 7:00 p.m. and also from 10:00 - 10:50 a.m. all at the church. In lieu of flowers please make memorials to the American Parkinson's Disease Association.

Mineral Point - Yvonne Joy Danhouser (Dischler) age 79, of Mineral Point passed peacefully on Wednesday, March 29, 2017. She was reunited with the love of her life David Carl Danhouser in heaven. Yvonne had a long struggle with Parkinson's... View Obituary & Service Information

The family of Yvonne Joy Danhouser created this Life Tributes page to make it easy to share your memories.

Send flowers to the Danhouser family.