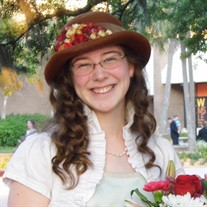 Sarah Grace Badger Owens Obituary Sarah Grace Badger Owens died suddenly when the car she and her husband, Caleb Owens, were driving drifted out of the lane on the interstate in Tennessee and ran into a semi truck resting on the shoulder. Caleb lived but received several broken bones and a traumatic brain injury. Sarah died instantly. She was 22. Sarah was born in Medinah, Illinois in the western suburbs of Chicago August 17, 1997. Her parents, Steven and Shannon Badger moved to Mineral point in 2000 with her and her siblings Ben Badger, Mick Badger, Becki (Badger) Marnocha and Abri (Badger) Nordine. They lived in a multi-generational home with her grandparents, Jim and Barbe Kackley and then, later, her grandmother Grace Badger. Later, her younger siblings, Mimi, Anna, A.J, Noah and Tim joined the family. Sarah was homeschooled but participated in the community playing flute at MPHS and the Mineral Point Band, playing Rapunzel in the MPHS production Into the Woods and in the Suessical. She also danced the part of Clara in the Theater of Ballet Arts production of The Nutcracker when she was eleven and still participated when she got older as a flower and a snowflake. She danced with the Southwest Academy of Ballet Arts until her high school graduation. She worked on her family’s alpaca farm, preparing fiber and helping set up and sell yarn at fiber shows. She was a familiar face at Knit Night at The Pear in Mineral Point. She could be seen at productions around town at Shake Rag Alley, including Jen Logueflower’s patriotic concert, Heritagesong, at Alley Stage in 2015. She was very active with her family in Cowboy Country Church. When she was ten, she sold her homemade fudge at the Mineral Point Farmers’ Market to raise money to build the church. She grew up to be a counselor at Cowboy Camp and the Foundations for Survival Youth Retreat, as well as singing in Sunday morning worship. She graduated homeschool, turned sixteen, and left for Pensacola Christian College in Florida all in a span of two weeks in 2013. She graduated as an RN four years later. She had met her husband, Caleb Owens, at a Christian Service Sunday School class at the campus church. She led a ministry singing at nursing homes on Sunday afternoons and he led a ministry to the homeless in downtown Pensacola. He graduated with a degree in Biology and got an MBA when they were dating and during their first year of marriage. They got married at Orchard Lawn, June 24, 2017. They had plans to move back to Wisconsin after he graduated, but she continued to work at Arcadia, a nursing and rehab facility in Pensacola, FL where she was respected and loved for dancing and singing for the residents during lunch. She and Caleb traveled to Wisconsin for a family reunion June 12, 2020. After a lovely dinner at the Walker House on June 13, she and Caleb left to drive through the night to get back to Florida. Eleven hours later, at 6:15 a.m., Sunday, June 14, 2020, their accident occurred. Including her relatives mentioned above, she is survived by her grandparents, Don and Judi Badger and her uncles, Bill Badger and John Kackley. Please pray for a full recovery for Caleb and healing of his grief. The visitation will be Saturday, June 27 starting at 9:00 a.m., followed by the funeral service at 11:00 at the Cowboy Country Church in Mineral Point. The graveside service will be private. For those concerned about social distancing, the service will be recorded and put online. The Facebook Event for Sarah’s funeral will announce when it is posted. In lieu of flowers, a memorial gift in Sarah's name may be sent to the Gorgen Funeral Home.

The family of Sarah Grace (Badger) Owens created this Life Tributes page to make it easy to share your memories.