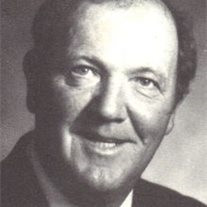 Duluth, MN / Dodgeville - Royce G. Reeves age 79, of Duluth, MN, formerly of Dodgeville, WI passed away July 5, 2013. Royce was born on June 21, 1934, a son of the late Albert Reeves and Fay Kalish. He graduated from Dodgeville High School in 1952. Royce was awarded a basketball scholarship to attend the University of Wisconsin-Platteville where he received a bachelors and masters degree. At UW-Platteville he was a 4-year letterman and two-time all conference in basketball and baseball. He was no. 6 all time scorer in Pioneer basketball history with 1,274 points and he was inducted into the U.W.-Platteville Pioneer Hall of Fame. He taught and coached at Platteville High School for many years and his Hillmen teams won 5 SWAL titles and had the most consecutive conference wins at 37. Hillmen went to state in 1967. He then went on to coach and teach at UW-Platteville. Royce spent the last years of his teaching career at Lakeland High School in Minocqua, WI teaching American History and coaching baseball. He was a loved teacher at Lakeland being voted "best teacher of the year" many years in a row. He loved hunting and fishing with his son Randy. His children and grandchildren loved him dearly and he was a friend to many. His spirit and sense of humor lives on for those who knew him. Royce is survived by his sister, Lois (Bill) McKinley, of Dodgeville; his children, Randy (Ashley) Reeves, of Highland, WI, Jane (Jesse Buggs) Reeves, of Lanesboro, MN and Pam (Mike) Wiseman, of Duluth, MN; his grandchildren, Brandon (June) Ivers, Ivy (Ben) Tehari, Cole, Dustin, Jack, Wyatt and Blake Reeves, Hunter & Lydia Wiseman; great granddaughter, Audrey Ivers; dear and loyal friends, Fred and Linda Morley of Minocqua; many nieces, nephews other relatives and friends. He was preceded in death by his parents Albert Reeves and Fay Kalish, his sisters Eileen and Maxine and his brother, Carol "Toby". A memorial service will be held at 11:00 a.m. on Saturday, July 13, 2013 at the GORGEN-McGINLEY & AYERS FUNERAL HOME in Dodgeville. Rev. Steven Kottke will officiate. Inurnment will be held in East Side Cemetery. Friends may call from 10:00 a.m. until time of services on Saturday at the funeral home.

The family of Royce G. Reeves created this Life Tributes page to make it easy to share your memories.

Send flowers to the Reeves family.