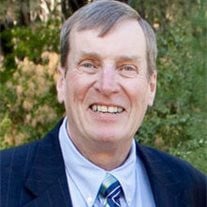 Dodgeville - Ray G. Marmorstone, age 69, of Dodgeville, completed his earthly journey on Tuesday, Feb. 14, 2017, at Upland Hills Health in Dodgeville. Ray was a warrior spirit, battling heart disease for 20 years. He was a man of great kindness, integrity, and dignity. Ray was born in Chicago, Ill., on Oct. 21, 1947, and was the son of Raymond and Patricia Marmorstone. He attended St. George High School in Evanston, Ill. Ray graduated from the University of Wisconsin-LaCrosse in 1970 with a Bachelor of Science degree in Parks and Recreation Administration. He was a member of Delta Sigma Phi Fraternity. In 1981 he graduated from the University Minnesota with a Master's degree in Hospital and Healthcare Administration. Ray's memories live on through "the love of his life" and wife of 46 years, Sheila Wunnicke Marmorstone; his three children, Bart Marmorstone (Lauri) of Carpentersville, Ill., Jeff Marmorstone of Salt Lake City, Utah, and Mary Marmorstone Schoeneman (Spruce) of Dillon, Mont., Grampa Ray is cherished by his three grandchildren Taylor, Jackson, and Madrona. He also leaves his dear Uncle Ed Marmorstone of Florida, and his adored cousins and brother and sister in laws who he loved like the siblings he never had. Ray was preceded in death by his parents, Raymond and Patricia Marmorstone of Chicago, Ill. Ray was a loving and supportive father and husband. He was an avid sports fan. For many years he coached his children's little league, soft ball, soccer and basketball teams. He was always the loudest and most devoted fan at his daughters gymnastics meets. As a young man Ray was an outstanding athlete himself and played softball passionately into middle age. He never missed a Green Bay Packers game. His friends relied on him to report the detailed history, stats and plays of each game. He loved to fish in the lakes of Northern Wisconsin and play golf. Ray grew up working in his father's butcher shop in Chicago, he became a master butcher himself and was known for his all star grilling skills and world's best "Rays Steak." He was a humorous joke and story teller and could light up a whole room. He was patient and humble. Selflessly, he supported the dreams and pursuits of his entire family. His spirit, enthusiasm and positivity will not be forgotten. Ray began his career in Health Care Administration in 1970 by working for the Hospital Sisters of the Third Order of St. Francis at Sacred Heart Hospital in Eau Claire. He was assistant administrator at Sacred Heart for 14 years and then moved to Litchfield, Ill in 1984 where he was administrator and executive vice president for St. Francis Hospital for ten years. After 24 years working for the Hospital Sisters of St Francis, Ray's love for Wisconsin brought him to Dodgeville, where he was administrator and chief executive Officer for Upland Hills Health until 2004. One of Ray's proudest accomplishments in his healthcare career was the planning and completion of the Upland Hills Nursing and Rehab Center in 2002. Ray was active in numerous community and service organizations in all three communities in which he lived. While in Dodgeville he was an active member of the Rural Wisconsin Health Cooperative for many years, serving as president some of those years. A visitation will be held on Sunday, Feb. 19, 2017, from 2 p.m. until 5 p.m. at the GORGEN MCGINLEY AND AYERS FUNERAL HOME, 400 East Grace St., in Dodgeville. A Mass of Christian Burial will be held on Monday, Feb. 20, 2017, at 11 a.m. at ST. JOSEPH'S CATHOLIC CHURCH in Dodgeville. A visitation will be held Monday at 10 a.m. at the church. Burial will be at St. Joseph's Cemetery after the Mass. In lieu of flowers, please consider memorials to Upland Hills Hospice and Home Health or Easter Seals Camp Wawbeek where Ray worked as a young adult.

The family of Ray G. Marmorstone created this Life Tributes page to make it easy to share your memories.

Send flowers to the Marmorstone family.