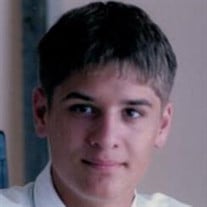 Dodgeville - Nicholas Anthony Pustina, age 35, died on Sunday, June 3, 2018. He was born on July 23, 1982, about 20 minutes before his twin brother arrived. He went to St. Joseph's School, Dodgeville High School, and earned his Bachelor’s Degree in Environmental Studies at the UW-Oshkosh in 2004. Upon Graduation from Oshkosh, he moved to California, where he served underprivileged youth in various camps. He was accepted into the Pacific Alliance for Catholic Education at the University of Portland in Portland, Oregon, where he received a full academic scholarship. He earned his Master’s degree in Teaching with High Honors, while teaching full time at Our Lady of Sorrows School in Portland, Oregon. He moved to Anchorage, Alaska to teach and to be closer to his brother and sister-in-law. He taught at Gruening Middle School and finally he taught at the Alaskan Native Cultural School in Anchorage. For the last 2 years, he was happy in his new career driving truck, first for Swift Transportation, and finally for Lawrence Transportation of Rochester, MN. Nicholas is survived by his twin brother Matthew Joseph, his sister-in-law Olga Borisovna, his nieces Annamaria and Evelysa; his parents Mary and Kurt Pustina of Dodgeville, his former in-laws Sue and Jon Forbes of Washington State, his former wife Lindsay and their children Penelope Grace and Benjamin Fisher Pustina. He is further survived by special aunts Kelly Rateau of Middleton, Julie Ibar of New Berlin, and a special grandma Evelyn Terrill. He was predeceased by his grandfather Don Pustina, his grandmother Evelyn Wilkins Pustina, his maternal grandparents Art and Joan Briede of Poynette. A Mass of Christian Burial will be celebrated at 11:00 a.m. on Tuesday, June 12, 2018 at ST. JOSEPH’S CATHOLIC CHURCH in Dodgeville. Monsignor Daniel Ganshert will officiate. Burial will be held in St. Joseph’s Cemetery. Visitation will be held from 4:00 p.m. until 8:00 p.m. on Monday at the GORGEN-McGINLEY & AYERS FUNERAL HOME in Dodgeville and from 10:00 a.m. until time of Mass on Tuesday at the church. Nicholas had a love for knowledge throughout his entire life; all types of literature and music. He enjoyed spending time outdoors. His musical ability and his thirst for knowledge will live on in his children. In lieu of flowers, the family asks that you consider a contribution to the St. Joseph's School Endowment Fund.

The family of Nicholas A. Pustina created this Life Tributes page to make it easy to share your memories.

Send flowers to the Pustina family.