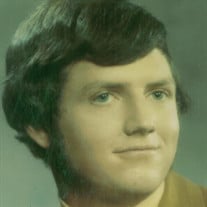 Ridgeway/Dodgeville - Michael G. McGraw, age 62, of Dodgeville, passed away on Wednesday, June 6, 2018 at Ingleside Nursing Home in Mount Horeb following a long illness. Mike was born on October 20, 1955 at St. Joseph’s Hospital in Dodgeville, Wisconsin. He was the sixth of twelve children born to John and Kathryn (Brunker) McGraw. Mike was a 1974 graduate of Dodgeville High School. He married Melinda Birong on March 6, 1981. They had two children Robert A. McGraw and Brigid R. McGraw. Mike’s farming roots inspired him to have a lifelong interest in agriculture. He was an avid Wisconsin Badger fan and very proud of his Irish heritage. Mike is survived by his children Robert (Jennifer) McGraw and Brigid McGraw; his grandchildren Jeremiah and Hannah. He is also survived by stepdaughter Michelle (Lonnie) Wendt and her son Andrew. Other survivors include siblings Margaret Lawinger, Dianne McGraw, Pat (Jean) McGraw, Milly (Dave) Babcock, Milissa (Jeff) Hoxtell, Tory (Dave) Meyer, Jim (Jodi) McGraw, Christine (Carl) Schulz, Tom (Becky) McGraw, Shawn (Adriana) McGraw. He is survived by his former wife Melinda McGraw and many nieces, nephews, and friends. He was predeceased by his parents, John and Kathryn McGraw, his brother Bobby McGraw, his niece Mary Kay Woollen, his brother-in-law Danny Lawinger and former in-laws Jack and Mona Birong. A Mass of Christian Burial will be held at 11:00 a.m. on Saturday, June 9, 2018 at ST. BRIDGET’S CATHOLIC CHURCH in Ridgeway. Visitation will be held from 9:00 a.m. until time of Mass on Saturday at the church. Mike’s family would like to thank the staffs at University Hospital, Agrace Hospice Care and Ingleside Nursing Home for the outstanding care Mike received and compassion given to him during his final days.

The family of Michael G. McGraw created this Life Tributes page to make it easy to share your memories.

Send flowers to the McGraw family.