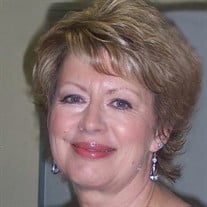 Mineral Point - Mary Jo (Josephine) Ceniti, age 71 of Mineral Point, passed-away Sunday, January 3, 2021 after a long, courageous battle with amyloid and cancer. She passed-away surrounded by her family at Upland Hills Hospital. Mary Jo was born on December 15, 1949 to the late LaVerne and Josephine Cody (Schuerman). She attended elementary school in Linden and then later graduated from Mineral Point High School in 1968. After high school, she attended technical school in Madison. On September 27, 1969, she married the love of her life, Frank Ceniti. Mary Jo started working at Farmers Savings Bank in 1969 in bookkeeping. She worked her way through almost every department and later became the first woman President and Chairman of the Board of Farmers Savings Bank. When she retired after 51 years, she was named Emeritus Chairman of the Board. Mary Jo was a champion of the bank and the community of Mineral Point. She was a member of many boards throughout the years. Mineral Point Chamber of Commerce, Mineral Point Library Board, Economic Development Committee, St Paul Cemetery Treasurer and Church Council, just to name a few. She was instrumental in the creation of the Mineral Point Community Foundation and was later recognized by a gift in Mary Jo & Frank's name by Farmers Savings Bank to the foundation. Faith, Family, Friends, and Community is what Mary Jo’s life revolved around. She was a long-time member and supporter of SS Mary & Paul Catholic Church. Mary Jo loved to cook and bake and loved family gatherings and meals. She was an avid supporter of Mineral Point Wrestling where she supported her brother Bob and later her grandson Ross. She also attended many girls basketball and softball games for Krista and Maddie. Frank and Mary Jo enjoyed spending time with their friends, most notable is the group lovingly known as the 6 Pack who you could always be found together at a certain place in Dubuque or on vacations together. Mary Jo is survived by her husband, Frank; her daughters and grandchildren; Jolena (Dean) and their children, Ross and Madelyn; Krista (Josh) and their children Tatum and Mila. Her brothers Mark (Maria) Cody and Bob (Jody) Cody, her Aunt and Uncle Bob and Helen Schuerman. She is also survived by her brother-in-laws, Rocco Jr and Joe and many nieces, nephews and cousins. Mary Jo was preceded in death by her parents, her brother Mike, her sister-in-law Karen Cody, her in-laws, Rocco and Lena Ceniti, her sister-in-law Florence Ceniti, a special part of the 6 Pack, Bill Schmitz, and many other relatives and friends. A private family Mass of Christian Burial will be held on Saturday, January 9, 2021 at 1:00 p.m. at Ss. MARY & PAUL CATHOLIC CHURCH in Mineral Point. The funeral will be live-streamed thru the Ss. Mary & Paul CC facebook page. Fr. Michael Tarigopula and Fr David Flanagan will concelebrate. Burial will be in St. Paul's Cemetery. A public visitation with masks and social distancing will be held on Saturday from 9:00 a.m until 12:30 p.m. at the church. Memorials may be mailed to the Gorgen Funeral Home in c/o Mary Jo Ceniti.

The family of Mary Jo (Josephine) Ceniti created this Life Tributes page to make it easy to share your memories.