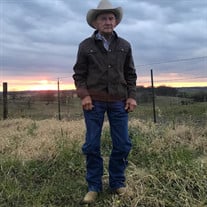 On February 14, 2022 our family lost a father, husband, brother, son, grandfather, great-grandfather, uncle, and cousin. The world lost a great man, companion and dear friend. Laverne (Lewis) Robert Bryant left us too soon at the age of 88. He was the husband of his late wife, Loretta Bryant; father to his only child and light of his life, Sandra (Suzy) Moen (Fred Miles); brother to Duane Bryant (Lavetta Bryant) and Ardith Xander (Dick Martinson); Grandfather to Jodi Moen (Anthony Davenport), Wade Moen (Molli Moen), and Anna Sander (Luke Sander); Great-Grandfather to Tyce Sylvester, Rhen Moen, Rhett Moen, Rubi Moen, and Brue Sander; Uncle to Linda (Bob) Wick, Vicky (Jim) Frederick, Chad Xander, and Cory Xander. He leaves behind many other family members who also loved him dearly. Lewis was born on February 1, 1934 in Oregon, Wisconsin to Gladys and Burr Bryant. A graduate of Oregon Schools (Oregon, WI), he chose to follow his true passion of working post-graduation. Lewis worked a variety of interesting jobs in his life but especially enjoyed Rodeos and running cattle. He was also a veteran who honorably served his country in the Army. In September of 1959 his little Suzy was born, and life from there on was all about caring for and loving her. She spent all her days by his side reciprocating that love until his last breath. To say he will be missed by her would be an understatement. Those who knew Lewis know he loved to work and wasn’t much for hobbies, but he was known to enjoy woodworking in his younger years, working the ranch, riding horse (even in bars!), visiting with special friends and family, picking on his favorite waitresses at the Pointer Café, petting his girl Trixie and his “Fat Cat,” mowing grass ,polishing his boots, wearing cowboy hats, keeping his clothes clean and pressed, and meticulously cleaning his vehicles. Lewis was loved and respected by all who knew him. He had many friends he thought of as family and cherished those relationships until the end of his life. There was never a dull moment with Lewis; He could light up a room. There are countless stories of he and his friends getting into mischief and living life to the absolute fullest throughout the years; a true testament to a life well spent. He has friends from Texas to Wisconsin and everywhere in between that will long for his presence, but hold tight to the belief that he is at peace and was greeted in Heaven by those gone before him. A Memorial Visitation will be held on Saturday, February 19, 2022, from 2:00 - 4:00 PM at Gorgen Funeral Home in Mineral Point, WI. The family wishes to express their sincere gratitude to all those who have shown us support during this most difficult time.

The family of Laverne R. "Lewis" Bryant created this Life Tributes page to make it easy to share your memories.

Send flowers to the Bryant family.