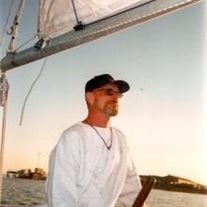 San Diego / Dodgeville – Larry L. Klosterman, age 55, passed away unexpectedly on Wednesday, August 1, 2012. He was born on February 3, 1957, the son of Lloyd and Dolorous (Boylen) Klosterman. He graduated from Dodgeville High School in 1975. He spent his junior year of high school in San Luis Obispo, throught the Dodgeville High School Student Exchange Program. This led to his love of California, the ocean, beach and a permanent move to San Diego when he was 22 years old. Larry was a self employed painter for many years, but his true passion was gardening, which he enjoyed to the time of his death. Larry is survived by his father, Lloyd Klosterman, of Oregon; his four brothers, Urban (Pat) Klosterman, of Verona, Leo (Karen) Klosterman, of Dodgeville, Robert (Shawn) Klosterman, of Beaver Dam, Mark (Diane) Klosterman, of Dodgeville; his seven sisters, Myrna Palzkill, of DeWitt, Iowa, Sharon Johnson, of Rewey, Dianne (Victor) Philipps, of Janesville, Deborah (Wes) March, of Oregon, Rose (Don) Williams, of Waunakee, Marcia (Scott) Murn, of Dodgeville, Jeanne (Ken) O'Brien, of Oregon; his brother-in-law, Bill Benson. He was preceded in death by his mother, Dolorous, his brother, Paul, his sister, Theresa Benson, his brothers-in-law, Norb Palzkill and Jerry Johnson. A Memorial Mass will be celebrated at 11:00 a.m. on Saturday, September 22, 2012 at ST. JOSEPH'S CATHOLIC CHURCH in Dodgeville. Father Patrick Wendler will officiate. Inurnment will be held in St. Joseph's Cemetery. Friends may call from 9:30 a.m. until time of Mass on Saturday at the church.

The family of Larry L. Klosterman created this Life Tributes page to make it easy to share your memories.

Send flowers to the Klosterman family.