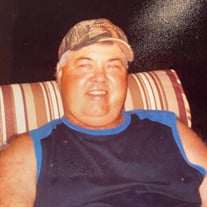 Mineral Point - Kevin Robert Wasley, age 62, of rural Mineral Point, WI passed away at Saint Mary’s Hospital on December 9, 2021. He was born on November 30, 1959 in Dodgeville, WI, the son of Donnie and Carole (Gant) Wasley. Kevin graduated from Mineral Point High School in 1978. He married Deena McLimans on October 18, 1980. Together they had three daughters, Jennifer, Jacqueline and Joan. Kevin spent his entire life farming on the family farm in the Lost Grove area. Kevin is survived by his three daughters, Jennifer (Ryan) Riley of Mineral Point, Jacqueline (Matt) Mootz of Mineral Point, Joan Wasley (Brandon Miller) of Belmont; nine grandchildren, Tarrin, Taitin and Trigg Riley; Rilyn, Tayva and Matlie Mootz; Casin Carey, Camdin and Coy Miller; his mother, Carole of Mineral Point; one sister, Cindy (Paul) Prohaska of Mineral Point, two brothers, Mark Wasley of Mineral Point, Kraig (Brenda) Wasley of Mineral Point as well as many nieces and nephews and many close friends. He was preceded in death by his father, Donald Wasley; his grandparents, Robert and Lola Gant and Marvin and Velma Wasley. Throughout Kevin’s school years he participated in 4-H, where he showed sheep and competed in high school wrestling and baseball. He was voted Junior Prom King. Kevin was also an avid hunter; he specifically enjoyed fall, clear nights when he was able to run his redbone dogs coon hunting. Kevin was diagnosed with type 1 Diabetes at the young age of 7-years old. Kevin underwent two kidney transplants; the second one allowing him to have an additional 28 years dialysis free. This additional time allowed him to become involved in his grandchildren’s lives. He enjoyed sharing his love for farming, hunting and sports; especially wrestling, with them. Kevin’s friendly, easy-going personality made him attract a variety of friends, from the numerous hospitalizations to the numerous sporting events he attended. He enjoyed spending time with friends playing cards, going to the cabin (Shepherd’s land), and having some Busch lattes, “with the boys.” A visitation will be held on Wednesday, December 15, 2021 from 3:00 - 6:00 PM at the CONGREGATIONAL UNITED CHURCH OF CHRIST in Mineral Point. A Celebration of Kevin's Life will be held at a later date. In lieu of flowers, memorials to the family would be appreciated.

The family of Kevin Robert Wasley created this Life Tributes page to make it easy to share your memories.

Send flowers to the Wasley family.