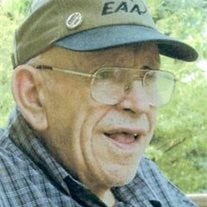 Mineral Point - Joseph Mathew Schaaf, age 82, of Mineral Point passed away on Monday, September 16, 2013 at Upland Hills Health in Dodgeville. He was born on born January 14, 1931, the eldest of nine children born to Ernest and Ruth (May) Schaaf. He spent his early years farming the family farm with his father and brothers. He worked for George Wendtlandt Construction and then PW Ryan Construction, before working 32 years at "the Farmer's Store" (Farmer's Implement) until his retirement in 2005. Joe was the father of eight children. He is preceded in death by his parents Ernest and Ruth, an infant sister Mildred, brother Kenny, sister and brother-in-law Frances and Jim Argall, sister Rose Mary and brother-in-law Al Mayo. Joe is survived by his family Millie (Chris) Barnhart and their children Matthew and William; Geraldine Schaaf; Stuart (Carrie) Schaaf and children Elizabeth and Mackenzie; Tina Schaaf, and children Hannah, Gracie, Colton and Chace; Philip (Lynn) Schaaf and children Jacob Tripp and Megan; Melissa Schaaf; Douglas (Peg) Schaaf and children Tyler Schaaf and Jessica Stelzner; Jennifer Schaaf; three great grandchildren: Bentley, Camden and Carter; a brother David (Joyce) Schaaf; sisters Sr. Ruth Mary; Mary Theresa (Patrick) Murphy and Catherine Mayo, a sister-in-law Bonnie Schaaf; as well as many many nieces and nephews, friends and his wonderful caregivers at Sienna Crest. A Mass of Christian Burial will be held on Monday, September 23, 2013 at 11:00 a.m. at Ss. MARY & PAUL CATHOLIC CHURCH in Mineral Point. Fr. Monte Robinson will officiate. Burial will be in St. Paul's Cemetery. A visitation will be held on Sunday, September 22, 2013 from 3:00 until 7:00 p.m. at the GORGEN FUNERAL HOME in Mineral Point and on Monday from 10:00 a.m. until time of Mass at the church. The family would like to especially recognize and thank Dr. Aaron Dunn and his staff, Dr. McGraw, the nurses and staff at Upland Hills Hospital, Sienna Crest and its' entire staff, as well as Paula Perrin, for the wonderful care and respect given to our father over the years.

Mineral Point - Joseph Mathew Schaaf, age 82, of Mineral Point passed away on Monday, September 16, 2013 at Upland Hills Health in Dodgeville. He was born on born January 14, 1931, the eldest of nine children born to Ernest and Ruth (May)... View Obituary & Service Information

The family of Joseph Mathew Schaaf created this Life Tributes page to make it easy to share your memories.