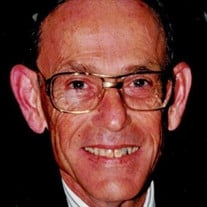 Spring Green / Dodgeville – Jon Stewart “Stu” Miller, age 80, passed away on Saturday, September 1, 2018 at Greenway Manor in Spring Green, after an extended illness. His passing was peaceful and on his terms. Jon Stewart Miller was born on March 8, 1938 at Gunderson Hospital in LaCrosse, WI. He attended Central High School in LaCrosse, where he enjoyed involvement in sports, especially tennis where he lettered all three years. Following high school, he attended LaCrosse State University for two years then proceeded to the University of Wisconsin in Madison for another two years. Following school he went to work for the Wisconsin Department of Transportation for 30 years and was then appointed to the position of Director of Info-Tech Services for the Wisconsin Department of Administration by Governor Tommy Thompson. A position he held for 8 years before retiring. Stu was quiet and reserved, always placing his family first. A family friend describing him as a solid man, never any drama or issues, just there for his family, a wonderful role model. He greatly enjoyed his time spent with the Boy Scouts, leading him on adventures around the state as well as canoeing in the Boundary Waters and attaining the rank of Eagle Scout. He was respected by all he met and all who worked with him. He appreciated people and made sure they knew that. Stewart married Karen J. Hanson on August 1, 1964 in LaCrosse. They settled in the Madison / Verona area after the birth of their son Eric and daughter Sarah, living there until 2005, when they move to Dodgeville. Stewart enjoyed many summers at the family cottage on Lake Gilmore outside of Minong, WI with family and friends. In their retirement, Stewart and Karen spent many winters in Lake Havasu City, AZ where they enjoyed the warmer weather, new friends and experiences and travelling all over North America. Stewart also enjoyed many hobbies including his stamp collections, jewelry making, fishing and hunting, the Packers, Badgers and working on his computer. Stewart is survived by his son Eric and his wife LuEtta from Spring Green and his daughter Sarah Miller and Scott Carlson from Cassatt, SC; four grandchildren; 10 great grandchildren; three great-great grandsons; and many nieces and nephews. He was preceded in death by his wife Karen, his parents Ruth and Leon, his brother Leon, Jr., his sister Suzanne Schwanberg, his sister Marguerite (Nan) Gray and great grandson Seth Brockmann. Stu’s family wishes to thank Dr. Kent Kramer, Upland Hills Hospice, and staff at Greenway Terrace & Manor for their attentive and loving care. Per Stu’s wishes, no services will be held. A family gathering will be planned for later this fall. Donations may be made to Upland Hills Hospice or the Dodgeville United Methodist Church.

The family of Jon Stewart Miller created this Life Tributes page to make it easy to share your memories.

Send flowers to the Miller family.