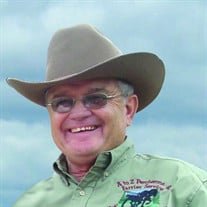 Highland – John V. Adametz, age 71, of Highland, died on Sunday, May 15, 2022 at Upland Hills Health in Dodgeville. John Virgil Adametz was a man with a hell of a vision. He was a beloved husband, father, grandfather, brother, uncle, and friend like no other. He was an encyclopedia of animal husbandry, a hog and dairy farmer. He mastered coon hunting, at one point having multiple Night Championship blueticks, Grand Night Champion, and was inducted into the Bluetick Hall of Fame. John and Juliet, the love of his life, raised five children and dared to leave the farm and make their dreams come true. John became Head Teamster at the Circus World Museum in Baraboo. He and Julie went on to create their own business A to Z Percherons & Farrier Service breeding, training and showing at the Wisconsin State Fair, mentoring many people and making lifelong amazing friends. At the Midwest Horse Fair, he was an exhibitor, presenter, head farrier, and was voted Horseperson of the Year in 2012. He and his dream team of Monique and Goldie, were 2-time World Percheron Congress log skidding champions. An excellent teacher and student himself, he never tired of learning from every person he met. He had a deep love for people in need and created the non-profit Horsepower 2 Heartbeat helping so many feel the healing nature of horses, including the volunteers who found just as much joy, hope and love as the clients. John was a charismatic storyteller. Some of his many qualities were his ability to see the good in everyone, connecting right to a person’s soul. People loved being in his presence because he made people feel good and accepted people as they are. He treated everyone with respect, meeting them where they were without judgement. Though he lost his wife and son too soon, he inspired so many with his indominable attitude, when you asked how he was, he would answer “I’m finer than frog hair” or “If I were any better I’d be illegal” and “I’ve got the world by the ass on a down-hill pull.” As great of a public servant as he was, his true character was how he loved and led his family with the values of service, grit, unconditional love, support and humor. John was preceded in death by his son, Joshua Adametz, his beloved wife, Juliet Adametz, parents, Jim and Phyllis Adametz and brothers Steve Adametz and David Adametz. John is survived by his 4 children and 8 grandchildren. Kate Adametz Jenkins (Craig) of Montfort & grandchildren Madison, Lauren and Josie. Anne Adametz (Neil) of Stoughton & grandson John. Jenn Robinson (Tony) of Deerfield & grandchildren Ruby and Daniel. Elizabeth Welsh (Jason) of Platteville & grandsons Stanley and Henry; his siblings Kathy (Joe) Kruchten, Elaine Adametz and Julie (Tom) Pustina; Joe (Cheri) Adametz, Don (Jennifer) Adametz and Jerry (Sue) Adametz. John’s family would like to thank the extraordinary care team at Upland Hills Hospital for their compassionate care during his stay, the Highland EMS team for never shirking a task, and the Upland Hills In-Home Health staff. Deep gratitude and appreciation extended for those who provided direct care for John at home, especially Ashleigh Hrubes, Maria Olson, Gail Rohowetz, The H2H team, and Barb Kroll. A Mass of Christian Burial will be celebrated at 11:00 a.m. on Thursday, May 19, 2022 at Ss. ANTHONY & PHILIP CATHOLIC CHURCH in Highland. Burial will be held in St. Anthony Cemetery. Friends may call from 4:00 p.m. until 7:00 p.m. on Wednesday and from 10:00 a.m. until 10:50 a.m. on Thursday at the church. In lieu of flowers, memorials can be made to the Adametz family for memorials to be designated by family.

Highland &#8211; John V. Adametz, age 71, of Highland, died on Sunday, May 15, 2022 at Upland Hills Health in Dodgeville. John Virgil Adametz was a man with a hell of a vision. He was a beloved husband, father, grandfather, brother, uncle,... View Obituary & Service Information

The family of John V. Adametz created this Life Tributes page to make it easy to share your memories.