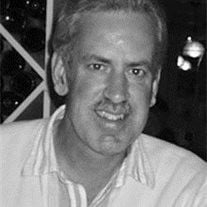 Mineral Point - Gregory W. Carey "Greg", age 63, of Mineral Point passed away peacefully at home in the arms of his loving family on Wednesday, November 4, 2015. He was born February 17, 1952 the son of Wayne and Alice (Finkelmeyer) Carey. He graduated from Mineral Point High School in 1970 and the University of Wisconsin-Whitewater in 1974. After graduation Greg returned to Mineral Point to work with his dad and then in 1977 he started his career of running a successful business at Ridge Lumber Co. He enjoyed his work and developed many lasting friendships for the next 37 years. He was highly respected and known for his generosity and approachable personality. In 1978 he married his true love Becky Argall and together they raised their children, Kimberly and Danny. He experienced so much pride and joy watching his children compete in all sports, attending every single event and always arriving early to get a good parking spot and to not miss a second of play –including warm-ups. Greg loved his family more than anything. His favorite times were when he could take everyone on vacation together or simply enjoy a night out for dinner, which included a lot of laughter & conversations that went on late into the night. Greg loved all sports, and he was always well informed. He especially loved the Green Bay Packers which got him through another week as he so looked forward to watching the game on TV, but it was the sport of Harness Racing that really captured his heart from the time he was a young boy and watching his dad and uncle's world renowned racehorses and later his and his nephew Shawn's horse, In Over My Head, winning a thrilling 2009 Windy City Pace. Greg is preceded in death by his father Wayne and his mother and father-in-law Jim and Frances Argall. He is survived by his loving wife Becky; his children Kimberly (Jamie) Sporle and Danny (Kacy) Carey with his first grandchild expected this December; his mother Alice Carey; sisters Diane (Jack) Melville and Donna (RJ) Swenson; brothers-in-law Dan (Amy) Argall, Denny (Carrie) Argall, Bill (Jill) Argall, Kevin (Jill) Argall, Kim (Joyce) Argall & Craig Argall; sisters-in-law Tammie (John) Holzhuter and Carla (David) Zentmyer and over 30 nieces and nephews. A Mass of Christian Burial will be held on Monday, November 9, 2015 at 11:00 a.m. at Ss. MARY & PAUL CATHOLIC CHURCH in Mineral Point. Fr. Jim Leeser will officiate. Burial will be in St. Paul's Cemetery. A visitation will be held on Sunday, November 8, 2015 from 2:00 until 6:00 p.m. at the GORGEN FUNERAL HOME in Mineral Point. Words cannot express how deeply missed Greg will be by those who knew and loved him. In lieu of flowers, memorials are suggested to Upland Hills Hospice, Mineral Point Rescue Squad or the Mineral Point Fire Dept.

Mineral Point - Gregory W. Carey "Greg", age 63, of Mineral Point passed away peacefully at home in the arms of his loving family on Wednesday, November 4, 2015. He was born February 17, 1952 the son of Wayne and Alice (Finkelmeyer) Carey. He... View Obituary & Service Information

The family of Gregory W. Carey created this Life Tributes page to make it easy to share your memories.

Send flowers to the Carey family.