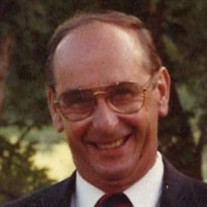 Dodgeville - It is with great sadness that we announce the passing of Frank Hallada II. He passed away peacefully with family by his side, at his home in Manzanillo Mexico on Friday evening January 14, 2022. He was just short of his 91st birthday. Frank led a very active and colorful life between Germany, the United States, and Mexico. He was born in Neurn Germany to Franceska and Frank Hallada on February 20, 1931. Frank had a harrowing journey as a young man living in Germany. His father was killed in WWII and his mother was left to raise 3 children. Frank had to quit school at a young age to help support his family which consisted of his grandmother (Barbara), mother (Franceska), brother (Rudy) and sister (Frieda). He then acquired an apprenticeship in Germany to train as a mechanic. At age 18, he immigrated to the United States and settled with his uncle and aunt, Frank and Bessie Bohman in Richland Center, Wisconsin. There he worked days as a mechanic and spent his nights teaching himself English. Eventually he purchased a full-service gas station in Ridgeway, Wisconsin where he settled and raised his family. In 1955, he became a franchised International Truck dealer. Eventually, his brother Rudy came to the U.S. where they procured a Ford franchise in 1971 and later built the new Hallada Motors in Dodgeville, WI. Together the two brothers grew the dealership into a thriving successful business. Frank loved his work, had a very large energetic personality and loved meeting new people. Frank loved to plow the snow at the dealership in the winter, and it was very common to see him downtown plowing other people out at early hours of the morning. He loved helping the community in any way he could. Frank also served his community through many organizations throughout the years. He drove school bus, was very active with the Ridgeway Fire Department, the Shriners and the Dodgeville Lions Club where he was awarded the highest humanitarian award the Melvin Jones Award. In his early years he enjoyed playing soccer and motorcycling. As a father, he loved skiing with his family in the winter, and water skiing and boating in the summer months. He had a love of music and loved dancing and was quite good at it! Later in life he took up mountain biking and purchased a bike store in Mexico. He led and sponsored a team of mountain bikers to various races throughout Mexico. He also developed a love for golf and loved playing with his friend Kenny at the Ludden Lake Golf Course. Frank traveled to Mexico to vacation over the years and resided there during the winter months. He fell in love with the beautiful beach town of Manzanillo and later it became his home. Anyone who encountered him knows he loved to laugh, tell many stories (many inappropriate), and get into a good-hearted argument (with anyone who would engage). He instilled in his children a hard work ethic and definitely set a good example. He came from Germany with little, but through hard work, good decisions, and good fortune, became a successful businessman and entrepreneur. Frank lived the American Dream! We will miss him dearly. So, raise a glass of beer and turn up the “Devil Went Down to Georgia”, “I Got Friends in Low Places” or “Blue Spanish Eyes” and make a toast! Prost, Salut, Cheers Poncho! Thanks for the memories, the laughs, and the love. One of a Kind! Frank was preceded in death by his parents Francesca and Frank Hallada and his brother Rudy. He leaves behind his wife Ofelia, her daughters Miriam, Lucy and son Leo. His sister Frieda Grun. His four children Annette (Fred) Mindermann, Frank (Connie) Hallada, Allen Hallada, Tony (Teresa) Hallada. His grandchildren Owen Benkowski, Aidan (Alisyn) Benkowski, Carsen (Stevie) Erickson, Haley Hallada, Mason (Samahra) Hallada, and Hannah Hallada. His great grandchildren Jensen and Eastin Erickson with two more great grandchildren on the way in 2022. We give special thanks to our friend and sister in love Sandy Navarro for all her guidance, interpreting and maneuvering us through this end-of-life path for our father so we could honor his wish to pass away in Mexico. A celebration of life will be held at a later date.

Dodgeville - It is with great sadness that we announce the passing of Frank Hallada II. He passed away peacefully with family by his side, at his home in Manzanillo Mexico on Friday evening January 14, 2022. He was just short of his 91st birthday.... View Obituary & Service Information

The family of Frank Hallada II created this Life Tributes page to make it easy to share your memories.

Dodgeville - It is with great sadness that we announce the passing...