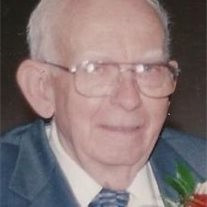 Mineral Point – Francis E. Dunbar, age 78, of Mineral Point died at home on Saturday, October 6, 2012, after a short battle with leukemia. Francis was born in Dodgeville, Wisconsin, on August 7, 1934, the only son of C. Earl and Rose (Flynn) Dunbar of Clyde, Wisconsin. In 1952, Frank graduated from Lone Rock High School and entered the work world. In 1955, he began work at John Deere Dubuque Works in Dubuque, Iowa, where he worked in the foundry as a core finisher, until the foundry was torn down. He then transferred to work in the main factory, where he continued until his retirement in 1992. On July 23, 1966, Frank married his wife and true love of over 46 years, Darlene Ariss, at the Little Brown Church in Nashua, Iowa. They lived briefly in Dubuque, Iowa, before moving to Mineral Point, where they have resided ever since. Frank's life was focused on family, friends, and faith. He prided himself on working hard and providing for his family. His family was the joy of his life, and his happiest days were when his children and grandchildren were at home. Spoiling his grandchildren was something he relished, especially taking them for a ride of his riding lawn mower. Frank was a very giving man, and was involved in the local community, often behind the scenes; he volunteered for the Iowa County Commission on Aging, donated blood regularly, helped with the Red Cross blood drives, helped with church fundraisers, and was a member of the Knights of Columbus. He was a member of St. Mary's / St. Paul's Catholic Church in Mineral Point. Frank charmed all those he met; he truly had an innate, Irish "gift for the gab" and loved striking up conversations with anybody about anything, always with a big smile on his face and a wonderful sense of humor. Francis is survived by his wife, Darlene, of Mineral Point; three children, Ron (Julie) of DeForest, Wisconsin; Don (Sandy) of Evanston, Illinois; and Wendy (John) Ondande of Oak Park, Illinois; nine grandchildren, Katie, Kemunto, Jacob, Sagana, Michaela, Ian, Cullen, Moruri, and Misiani; several nieces and nephews, other relatives and friends. He was preceded in death by his parents, mother-in-law and father-in-law. A Mass of Christian Burial will be held on Wednesday, October 10, at 11:00 a.m. at Ss. MARY & PAUL CATHOLIC CHURCH in Mineral Point with Fr. Monte Robinson officiating. Burial will be at St. Mary's Catholic Cemetery. Visitation will be held from 4:00pm until 8:00pm on Tuesday, October 9, at the GORGEN FUNERAL HOME in Mineral Point, and also on Wednesday from 10:00 a.m. until time of service at the church. A Parish Rosary service will be held on Tuesday evening at 7:30 p.m. The family wishes to thank all the extraordinary neighbors of Frank and Darlene, and all the wonderful health care professionals who helped during Frank's illness, with special thanks to Dr. Gordon Grieshaber and the nursing staff of Upland Hills Home Health and Upland Hills Hospice.

Mineral Point &#8211; Francis E. Dunbar, age 78, of Mineral Point died at home on Saturday, October 6, 2012, after a short battle with leukemia. Francis was born in Dodgeville, Wisconsin, on August 7, 1934, the only son of C. Earl and Rose... View Obituary & Service Information

The family of Francis E. Dunbar created this Life Tributes page to make it easy to share your memories.

Send flowers to the Dunbar family.