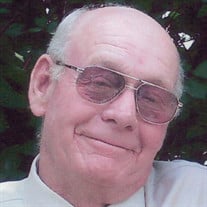 Barneveld – Edward R. “Ted” Theobald, age 79, of Barneveld, died on Saturday, January 25, 2020 at his home. He was born on June 15, 1940 in Dodgeville, a son of the late Ray and Clara Theobald. He graduated from Barneveld High School. On November 5, 1960, he married Ann Weck. She preceded him in death on November 4, 2010, one day shy of their 50th wedding anniversary. Ted farmed most of his life until 1984 and then worked for Brunsell Lumber for many years, retiring in 2005. He loved gardening, farming, flying his model airplanes, the Packers, the Badgers, the Brewers, his kitties and was an avid hunter. He truly enjoyed conversation and having coffee with his buddies in Hollandale. Ted’s most pride were his grandchildren. His house was always full of laughter and love and always enjoyed company. Ted is survived by his children Todd (Mandy) Theobald, Tim (Karie) Theobald and Cheryl (Doug) Cieslinski; his grandchildren Alyssa, Brandon and Tabitha Theobald, Fischer Theobald, Davis, Carter and Clara Cieslinski; his brother-in-law Ken Leffler; his sister-in-law Irene Baker; his brother-in-law Bob Weck; his sister-in-law Vicki Weck; nieces, nephews other relatives and friends. He was preceded in death by his wife Ann, his parents, his sisters Jane Purcell and Betty Leffler. A public visitation will be held from 4:00 p.m. until 8:00 p.m. on Friday, January 31, 2020 at the GORGEN-McGINLEY & AYERS FUNERAL HOME in Dodgeville. A Private Memorial Service will be held at Middlebury Chapel with inurnment to follow.

The family of Edward R. "Ted" Theobald created this Life Tributes page to make it easy to share your memories.

Send flowers to the Theobald family.