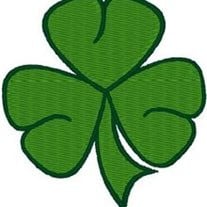 Ridgeway - DuWayne E. Dougherty, age 92, of Ridgeway, passed away peacefully on Thursday, February 19, 2015. DuWayne was born on July 2, 1922, to Eugene and Ruth (Jones) Dougherty. On August 8, 1944, DuWayne married Betty Jane Keller at St. Andrews Catholic Church, Verona. They farmed in the area before moving to Dodgeville and later to Ridgeway. DuWayne enjoyed spending time with his family and friends. He was quick to joke, enjoyed a good laugh, and a good game of euchre. DuWayne was preceded in death by his parents, his three sisters and brothers-in-law, Darlene and Chester Johnson, Arlene and Ralph Oimoen, Jean Margaret and Jim Cretney, and brother and sister-in-law, Bill and Karen Dougherty. He is survived by his beloved wife, Betty, his children, Rick (Judy) Dougherty of Arizona, Eileen (Tom) Nickels, Platteville, Connie (Don) Gronemus, Cuba City, Greg in California, Cindy (Ray) Hach, Lacrosse, Patty, Viroqua, and Julie, Waunakee. He is also survived by eleven grandchildren, eleven great-grandchildren, and his sister, Katie (Bob) Olson of Ridgeway, and many relatives and friends. A Mass of Christian Burial will be celebrated at 11:00 a.m. on Tuesday, February 24, 2015 at ST. BRIDGET'S CATHOLIC CHURCH in Ridgeway. Father Sanctus Ibe will officiate. Burial will be held in St. Bridget's Cemetery. Friends may call from 9:00 a.m. until time of Mass on Tuesday at the church. The family wishes to thank Katie and Bob Olson, Home Care, Upland Hills Hospice, and Bloomfield Manor for their loving care of our dad.

The family of DuWayne E. Dougherty created this Life Tributes page to make it easy to share your memories.

Send flowers to the Dougherty family.