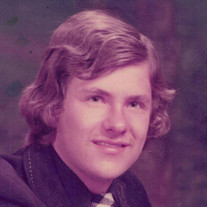 Dodgeville – David Scott Neumann, age 62, passed away peacefully on Saturday, October 17, 2020 in Dodgeville, WI. He is the son of Marvin and Carol Neumann, long-time residents of Centennial Co, now of Ellisville, MO. He was born October 22, 1957 in Milwaukee, WI. As a youth he loved skiing and hiking in the Colorado mountains, playing board games, listening to classic rock and attending concerts, was a student of history and was a fierce fan of the Green Bay Packers. He was active in the Boy Scouts and earned his Eagle Scout Award in 1973 and was also in the Order of the Arrow. He was graduated from Arapahoe HS in 1976 and attended Colorado State University. He married Barbara Mulloney in Golden, Colorado in 1979 and they had one son. He moved to WI in 1985 to pursue his love of farming. He was a member of the International Union of Operating Engineers, Local 139 for 35 years. He was a member of Grace Lutheran Church. Besides his parents he is survived by his son Jesse D. Neumann of Broomfield, CO, one sister Deborah Neumann Ksiazek (Bob), a niece Carolyn Ksiazek and a nephew Rob Ksiazek. We sincerely thank the nurses, doctors and staff at Upland Hills Hospital for the special care he received. We will miss his humor and wit which sparked many lively family discussions. Funeral services will be held at 2:00 p.m. on Wednesday, October 21, 2020 at the GORGEN-McGINLEY & AYERS FUNERAL HOME in Dodgeville. Rev. Mark Williamson will officiate. Friends may call from 1:00 p.m. until time of services on Wednesday at the funeral home. Due to Wisconsin’s public health mandate, masks are to be worn during the duration of your visit inside of the funeral home and that you practice proper social distancing guidelines. He will be laid to rest at Chapel Hill Cemetery in Centennial, CO. Memorials may be made to Grace Lutheran Church 1105 N. Bequette St., Dodgeville, WI 53533 or a charity of your choice.

Dodgeville &#8211; David Scott Neumann, age 62, passed away peacefully on Saturday, October 17, 2020 in Dodgeville, WI. He is the son of Marvin and Carol Neumann, long-time residents of Centennial Co, now of Ellisville, MO. He was born October... View Obituary & Service Information

The family of David S. Neumann created this Life Tributes page to make it easy to share your memories.

Send flowers to the Neumann family.