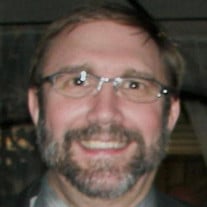 Blue Mounds/Mineral Point – David L. Kjelland, age 69, of Blue Mounds, formerly of Mineral Point, passed away Monday, December 21, 2020 after a long illness. He was born August 7, 1951 to George and Kathryn Kjelland in Dodgeville, WI and grew up in Mineral Point, WI. Since attending Mineral Point High School, Dave was passionate about music. He studied the oboe, played in the band, sang in the chorus and the Mineral Point madrigal, and played bass guitar in several bands. He was also active in music ministry for many years. Dave attended UW Platteville for his undergraduate work. In 1973, Dave married his high school sweetheart, Jo VanWagenen, before moving to Chicago to obtain his doctorate degree at Illinois College of Optometry. In 1977, Dave graduated from college and moved back to Mineral Point, WI with his wife. He joined his father, George, to practice optometry at the Kjelland Vision Clinic. He served on the Wisconsin Optometric Association board and was a member of the Mineral Point Lions club for many years. Dave created a non-profit eye care organization, New Vision Ministries, which allowed him to provide eye care to people in need in both Honduras and Mexico. It touched him to be able to provide support to those who did not have the means or access to eye care. During this time, Dave and Jo sponsored two families from Honduras, which became life-long friends. He was very compassionate and showed kindness to everyone he met. He was known for his sense of humor and ability to connect with anyone. In 1996, Dave joined Davis Duehr Dean where he continued to practice until his retirement. Dave had many hobbies that were important to him. In addition to his passion in music, he was interested in history, ancestry, showing and breeding dogs, and became the Curator and President of the board for the Mineral Point Railroad Society. He was instrumental in researching the history of Mineral Point and the railroad system and helped to create the museum that now resides in the Mineral Point Railroad Depot. Dave enjoyed traveling to various destinations with his family and friends. He especially enjoyed family trips to Hawaii and Disney (where he liked to visit his friend, Goofy). He always looked forward to spending precious time with his wife, children and grandchildren. Dave was preceded in death by his parents, George and Kathryn Kjelland, his baby brother George, and many more special family members that were a part of his life. He is survived by his wife, Jo, of 47 years, his children, Amy Long (Demetrius) in Cottage Grove, Ryan Kjelland in Blue Mounds, Erik Kjelland (Sara) in Madison, and Eryn Kjelland (David) in San Diego, CA. He was also survived by his dear grandchildren, Shani Long Meyer in Madison, Cameron Kjelland in San Marcos, CA, Devan Kjelland in Sun Prairie, and Amelia, Gabriel and Jude Kjelland in Madison. In addition, he is survived by his brother, Paul Kjelland (Marsha) in Mineral Point, sisters-in-law, Linda Eckels (Robert), Sue Kneeland (Patrick), Patty Palzkill (Roger), and Terri Weier (Phil), several nieces and nephews, a very special aunt, Mary Speich, along with many close cousins. A Celebration of Life will be held on Saturday, August 7, 2021 from 1:00 p.m. until 4:00 p.m. at Soldiers Memorial Park, Shake Rag Street, Mineral Point, WI 53565 Special thanks to Dr. Gordon Greishaber, Upland Hills Health, the doctors and staff at Saint Mary’s Hospital, UW Hospital, Select Specialty Hospital, and SSM Home Health, for taking such good care of Dave during his illness. A huge thank you to all the prayer warriors and friends and families for keeping in touch with phone calls and visits. He truly appreciated and loved all of you.

The family of David L. Kjelland created this Life Tributes page to make it easy to share your memories.

Send flowers to the Kjelland family.