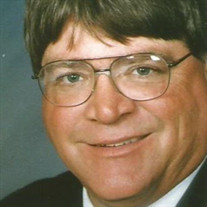 Dodgeville – Curtis Frederick Edwards, “Curt”, age 63, died peacefully November 28, 2021 shortly after being diagnosed with late-stage pancreatic cancer. Curt was born December 17, 1957 to Robert and Rosemary Edwards. He was raised in a sports-loving family in Dodgeville with his three brothers. The boys played hard at whatever sport was in season. It was not unusual to find Curt chipping ice off the backyard basketball court in January so he could work on his shot. Another favorite sport was whiffle ball, played in the family driveway for hours. Curt excelled in basketball and baseball in high school, and enjoyed playing Babe Ruth and Legion baseball in the summers. As an adult, he spent many years as the catcher for the Dodgeville Home Talent baseball team, once hitting three home runs in one game. He was also an avid bowler, enjoying many league nights at Dodger Bowl Lanes. Curt made regular trips to the casino where he understood, more than most, the intricacies of the craps table. He was an avid fan of the Packers and Brewers. After graduating from Dodgeville High School, Curt earned a business degree from the University of Wisconsin – Whitewater. He then became a proud employee of Hennessey Implement in Dodgeville, working full time for 39 years. He continued working there part-time in retirement. Curt married Cathy Hennessey in 1981. The couple later parted but remained good friends. In 1996, Curt met Nancy Bonjour, and the couple enjoyed 16 years together until Nancy’s death from bone cancer in 2012. Some of Curt’s happiest times were shared with Nancy and her family. Many summer weekends were devoted to camping and fishing with Nancy’s daughter and son-in-law, Patty and Dale Emberson, and grandchildren Courtney and Kyle. In recent years, Curt enjoyed many good times with his special friend Kathy Polkinghorn. Curt is survived by his mother, Rosemary, brothers Ed (Jean), Terry (Penny), and Doug (Karen), five nieces and nephews and many friends. Funeral services will be held at 11:00 a.m. on Saturday, December 4, at the DODGEVILLE UNITED METHODIST CHURCH in Dodgeville. Burial will be held in East Side Cemetery. Friends may call from 9:00 a.m. until the time of the service on Saturday at the church. In following church policy, masks will be required. Curt enjoyed living life to the fullest and would want us all to do the same. The family would like to thank the amazing medical professionals at Upland Hills Health, UW Med Flight, and SSM Health St. Mary’s Hospital for the compassion and care they gave Curt on his last journey.

The family of Curtis F. Edwards created this Life Tributes page to make it easy to share your memories.

Send flowers to the Edwards family.