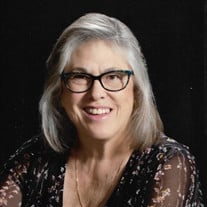 Mineral Point - Colleen E. Watters, age 71 of Mineral Point, passed away on Saturday, August 7, 2021 at Upland Hills Health in Dodgeville, WI.    She was born on April 26, 1950 to Genevieve (Laufenberg) and Paul Blotz. Colleen called Mineral Point home. She graduated from Dodgeville High School in 1968 and moved to Waukesha to attend college and become a registered nurse. She married Douglas Watters on September 4, 1971, at St. Paul’s Catholic Church, Mineral Point. Colleen then went on to complete her Bachelors of Nursing at Edgewood College and Masters through University of Phoenix. She became a nursing instructor at Southwest Technical College in Fennimore in 2001 and retired May 2016. Colleen was not only passionate about her 40+ year career as an instructor and nurse throughout various hospitals, nursing homes, and schools but also her many accomplishments and impact she had on her colleagues, students and the community.    Colleen enjoyed spending time with family and friends, cooking, baking, quilting, sewing with her friends, making cards and the many others projects in which she was engaged.    Doug and Colleen raised two children, Jeff (Missy) Watters of Mineral Point and Jeri (Shawn) Buckingham of Dodgeville.  Colleen was the proud grandma of four grandchildren: Blaise Watters, 19; Blair Watters, 17; Belle Watters, 15; and Boyer Watters, 9.   Immediate survivors include her children and grandchildren as well as her sister Marilyn McApline of Stillwater, MN; her three brothers John (Charlene) Blotz of Mineral Point, Michael Blotz and Timothy (Jean) Blotz of Dodgeville; three sisters-in-law Penny (Dennis) Rickard of Linden, Louann Watters (Dave McCullouch) of Tuscon, AZ and Mary Blotz of Fennimore; two brothers-in-law Kenneth Watters of Madison and Richard Rock of Darlington; many nieces and nephews.  She was preceded in death by her parents, her husband Doug (February 06, 2011), her brother James Blotz, her sisters Patricia Blotz and Sharon Rock and brother-in-law Leo McAlpine. A Mass Of Christian Burial will be held on Friday, August 13, 2021 at 11:00 a.m. at Ss. MARY & PAUL CATHOLIC CHURCH in Mineral Point. Fr. Michael Tarigopula will officiate. Burial will be in St. Mary's Cemetery. A visitation will be held on Thursday, August 12, 2021 from 4:00 until 8:00 p.m. at the GORGEN FUNERAL HOME in Mineral Point and on Friday from 10:00 until 10:50 a.m. all at the church. In lieu of flowers a memorial will be given in Colleen's name at a later date.

The family of Colleen Elaine Watters created this Life Tributes page to make it easy to share your memories.

Send flowers to the Watters family.