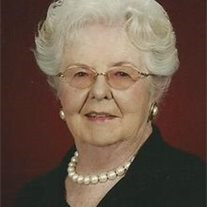 Oconomowoc – Catherine "Cathy" McSherry Spellman Rindahl, age 93, died on Saturday, October 19, 2013 at Lake Country Landing, surrounded by her family. She is survived by her two daughters, Margaret Spellman Birdsell (Robert) and Mary Kay Spellman Gempeler (Henry); seven grandchildren, Rob Birdsell (Susie), Brian Birdsell (Kumiko), Susie Birdsell Steiner (Jason), Andrew Birdsell, Michael Gempeler (Mary Beth), Brad Gempeler (Amy) and James Gempeler (Kelsey); fourteen great grandchildren; her brother, Bernard (Carol) McSherry; nieces, nephews and many dear friends. She was preceded in death by her parents, Ed and Margaret McSherry, her sister, Janice, her brother, Kenneth and her husbands, Lloyd Spellman and Bill Rindahl. Cathy started her career as a beautician in 1939 enjoying many years as an instructor. She was a member and officer of the National Hairdressers Association. She worked as a beautician in Dodgeville, Mt. Horeb, Verona, Madison, out of her home and ended her long career as an instructor at Madison School of Cosmetology. She loved to travel and was so happy to see Ireland and Rome, her favorite places. A Badger and Packer fan she was too with many Saturdays spent at U.W. football games. But Cathy's greatest love was the time she spent with her grandchildren and great grandchildren. And often that time involved a card game or attending a special event for one of them. The family would like to extend their gratitude to the caregivers at Elizabeth Residence, Milwaukee, WI and Lake Country Landing, Oconomowoc, WI who kept her spirits high with their loving care, comforting touches and friendly conversations as she battled heroically with Parkinson's Disease. And a special thank you to all the great grandchildren who kept coming to see her with their art work, pictures, smiles and hugs. A Memorial Mass of Christian Burial will be held at 11:00 a.m. on Saturday, November 2, 2013 at ST. PIUS X CATHOLIC CHURCH in Cambridge. Visitation will be held from 10:00 a.m. until time of Mass on Saturday at the church. In lieu of flowers, contributions may be made to St. Pius X Catholic Church, 701 W. Water Street, Cambridge, WI 53523.

The family of Catherine Spellman Rindahl created this Life Tributes page to make it easy to share your memories.

Send flowers to the Rindahl family.